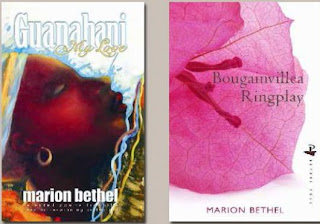 Freeport, Bahamas - You are invited to the Book Launching of Guanahani, My Love and Bougainvillea Ringplay by Bahamian poet, Marion Bethel.

The event will take place on Thursday, February 25th, 2010 from 6pm to 8pm at the Rand Nature Centre. Admission is free. All are invited. A signing will follow.

Marion Bethel is also a fiction writer and feminist activist. She read law at
Cambridge University and has worked as an attorney since 1986. She has published and presented her work widely in the Caribbean, North America, Colombia, Nicaragua, Hong Kong and elsewhere. Bethel was awarded the prestigious Casa de las Americas Prize for a volume of poetry called Guanahani, My Love which was published in a bilingual edition (Spanish/English) in 1995. From September 1997 to August 1998 she was the Alice Proskauer Poetry Fellow at the Mary Ingraham Bunting Institute of Radcliffe College, Harvard University. In 1999, she edited a special section of The Caribbean Writer Vol. 13 called Poetry from the Bahamas, which was nominated for the Puschcart Prize. Bethel's book, Guanahani, My Love, was re-published in March 2009 by House of Nehusi Publishers St.Martin, Caribbean.
Her new poetry collection, Bougainvillea Ringplay, was published in January 2010 by Peepal Tree Press, Leeds, England. She is now working on a third manuscript of poetry and a novel. 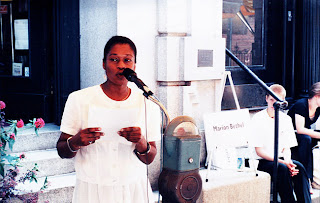 Bethel will be holding a book launch and poetry reading in Freeport on Thursday February 25, 2010 at 6pm at the Rand Nature Centre.