By Joshua Martinez
CJ Contributor (Click here for original story at caribjournal.com)
FREEPORT —“I’m here because it’s home.”
It’s this kind of passion that always emanates from Chef Tim Tibbitt’s voice, and it’s something that resonates throughout his restuarant.
Tibitts, a native of the Bahamas, opened Flying Fish Modern Seafood in 2012 with his wife, Sommelier Rebecca Tibbitts.
Since then, it’s been a magnificent journey that has seen the eatery become not just the best restaurant in Grand Bahama, but one of the region’s best. 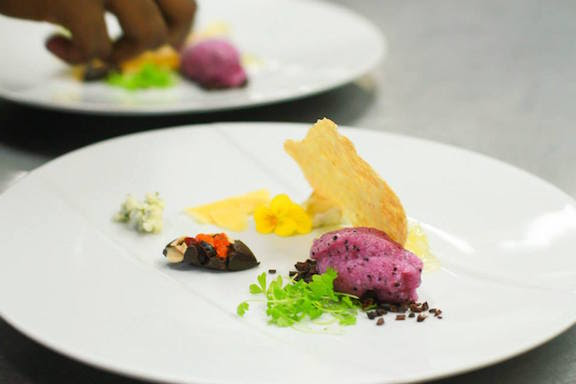 The restaurant sits aside a pier overlooking the waters of Bell Channel Bay, with a facade very much in line with the nearby, rustic island architecture. 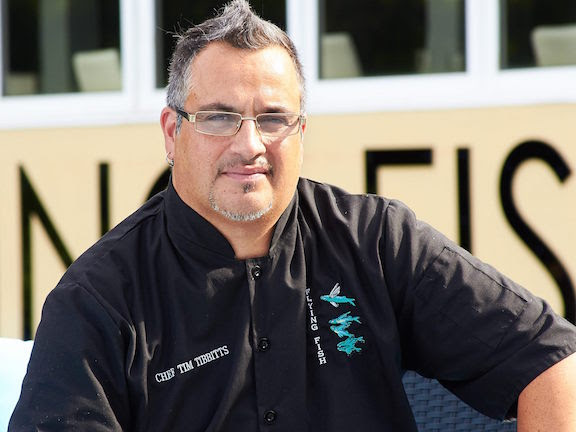 Above: Chef Tim Tibbitts
But once one steps inside, everything changes — to something closer to Ocean Drive in Miami.
It’s hip, it’s sleek, it’s contemporary — attention to detail is Flying Fish’s hallmark, embodied in everything from the in-house-designed cutlery to the plating, which is often performed via tweezers. 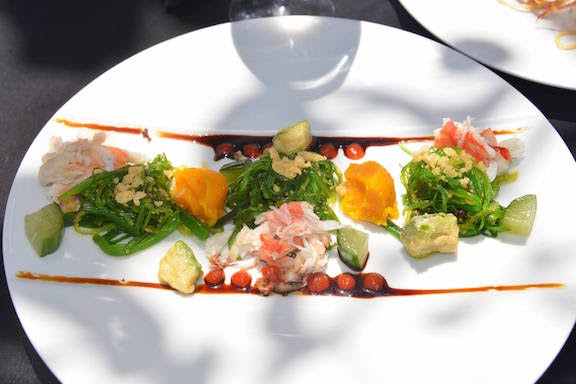 That’s because when Flying Fish styles itself as Modern Seafood, it means modern.
This is the wider Caribbean region’s hub of molecular gastronomy, applying cutting-edge culinary science to classic island cuisine.
That means the kinds of dishes that have as many as 27 elements, often with delightfully playful manifestations, especially the use of foam.
The latter, Tibbitts tells me, “lets you place [flavour] exactly where you want it.” 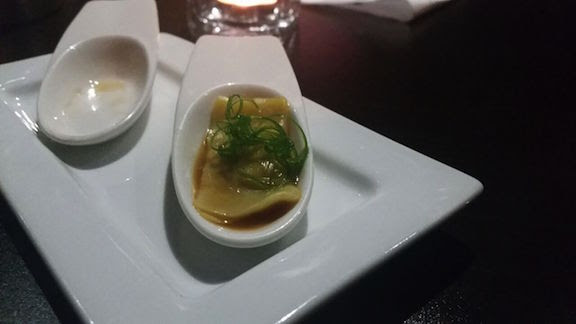 Try the tasting menu here and you get a gastronomic tour de force that draws from the Chef’s own story: the Mahi Mahi is a fusion of German-Southeast Asian and Bahamian tastes, and the Grilled Calamari is his now-signature dish.
The emphasis here is on local sourcing, like dragonfruit sorbet and Wahoo cured in Bahamian-pink-sand-distilled vodka.
Here in Tibbitts’ laboratory, there is a stunning alchemy going on.
Walk inside from Freeport to Miami and suddenly you’re transported right into Tibbitts’ home.
Tibbitts is here because he’s home, and he wants you to join him for dinner.
— CJ
Posted by James Sarles at 2:27 PM


One of the finest homes on Grand Bahama Island—the ultimate in tropical island luxury—Auction without Reserve. 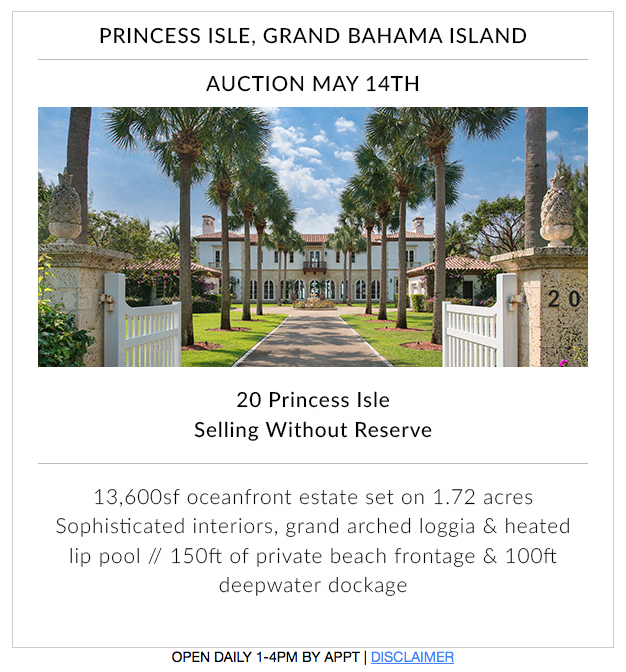 
Bathrooms
6 full / 1 half
ConciergeAuctions
Posted by James Sarles at 2:28 PM