Rotarians of Grand Bahama came together recently to support several important youth programmes and to help fund a vital water safety initiative.
Organised by the Rotary Club of Grand Bahama Sunrise, the social fundraiser event was held at Pelican Bay Hotel under the theme, “Cigar Nights”. The hotel’s meeting facility was transformed into an intimate Cuba-inspired club, with attendees dressed in fedoras and “vintage Havana” outfits.
A  Cuban cigar roller from the world famous Graycliff of Nassau was on hand creating cigars that were enjoyed on the outside deck, while salsa dancers and live music from Marina Gottlieb-Sarles, Mark Carey and Ralph Munnings filled the room on the inside. Miss Grand Bahama, Keriann Stuart, also joined the festivities and posed for photographs during the evening. 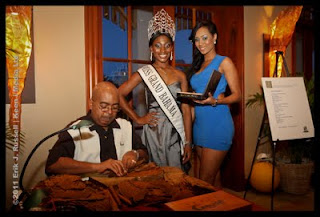 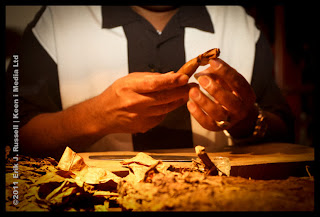 The event attracted more than 200 local supporters that enjoyed the experience and helped to extend the impact of Rotary in the local community. A major portion of the proceeds will be directed towards an important charity -- the Columbus House Big Brother/Big Sister programme -- and a key water safety initiative, the Safe Swim Zone project. 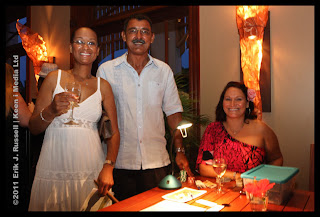 The Columbus House Big Brother/Big Sister programme assists at-risk teens, and many Rotarians from the Grand Bahama Sunrise club are directly involved in mentoring the teens throughout the year.
Director of Big Brother/Big Sister programme James Sarles said that the Rotary Club of Grand Bahama Sunrise members are committed to helping the youth and changing lives. “When the teens age out of the system,” Sarles said, “we step in to assist with securing jobs, finding apartments, budgeting and developing general life skills.” 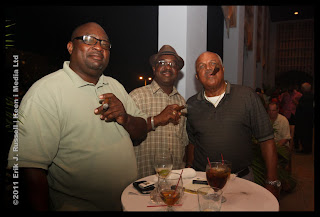 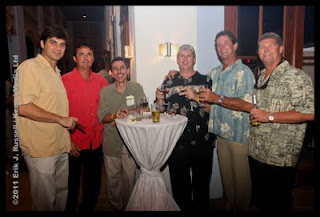 The safety project has been an ongoing initiative by the Rotary Club of Grand Bahama Sunrise to establish a Safe Swim Zone along the island’s southern coast by creating a distinct separation between boaters and jet ski operators on one side of the surf and swimmers on the other. The club has devised a float system using 16-inch buoys, and the newly appointed Rotary Assistant Governor Jamie Rose says it is vital.
“Even though we have known for a long time that this was important, it has become even more urgent in recent days to set aside clearly marked areas that are safe for visitors and residents to swim,” Mr Rose said.
In addition to the fundraising aspects of the event, it was also the occasion when the new president of the club was inducted. Assistant Rotary District Governor Peter Turnquest did the honours of introducing new Rotary Assistant Governor Jamie Rose, and Outgoing President Joe Thompson welcomed new President Ken Saunders during a brief ceremony held at ‘Cigar Nights’ on Friday.
“I am pleased and excited about taking on this new role,” Mr Saunders said. “Our club has really been involved in developing new community programmes, and I will be focused on continuing and expanding the work of Rotary here in Grand Bahama.”
The Rotary Club of Grand Bahama Sunrise meets on Wednesday mornings at 7:00 at Geneva’s Restaurant, downtown Freeport.