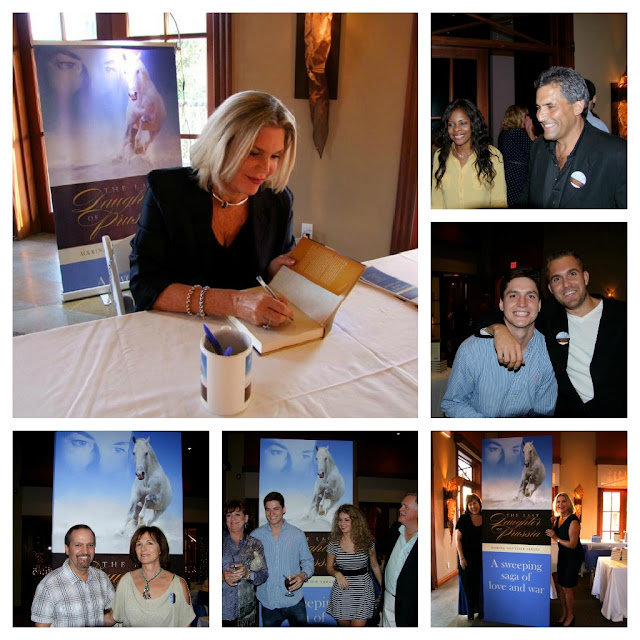 Many thanks to all the many family and friends who joined us to celebrate the launch of the new historical novel, The Last Daughter of Prussia, by my wife, Marina Gottlieb Sarles.  It was so wonderful to see the response to this riveting story of love and war, and to see years of writing work and research and polishing come together in a beautiful book. Thank you to all who attended. It was a pleasure to share the book here in The Bahamas first, before it is released worldwide in April 2013. Hardcover first-edition copies of the book are available now at the Garden of The Groves gift shop and Unexso gift shop.

Marina will also be signing books today at The Garden of The Groves Garden Cafe from 12 to 3 pm if you'd like an autographed copy. 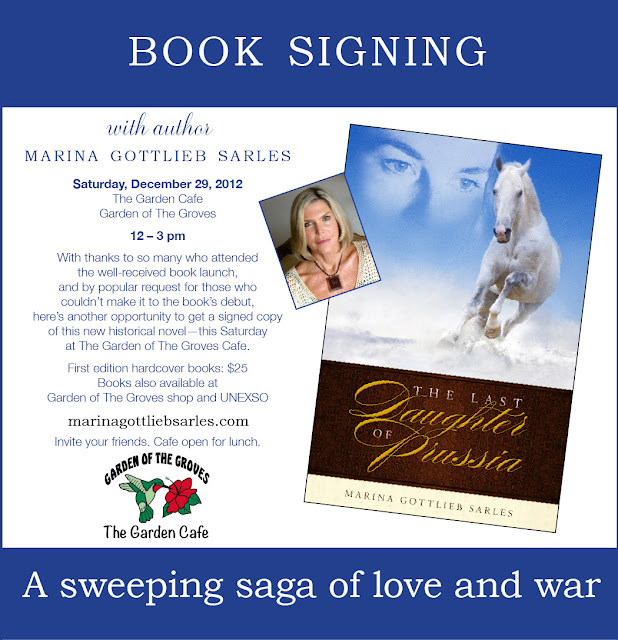 Posted by James Sarles at 9:00 AM 0 comments 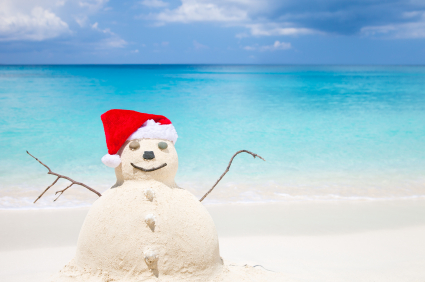 Wishing you and yours a Very Merry Christmas, Happiest Holidays, and a Beautiful and Prosperous New Year from Everyone at Coldwell Banker James Sarles Realty in Grand Bahama!

(and here's a holiday smile: the much-requested classic Coldwell Banker James Sarles Realty version of Santa Baby sung by Marina Gottlieb Sarles and produced by Mackey Media ... lightheartedness: the best gift of all!) 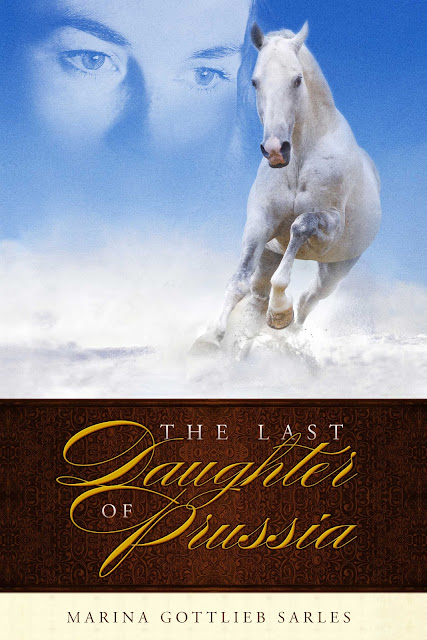 Bahamian author Marina Gottlieb Sarles will launch her new novel, The Last Daughter of Prussia, with a book signing on Tuesday evening, 18 December 2012, from 5:30 – 8:30 pm at the Pelican Bay Hotel Canal House.

The Last Daughter of Prussia is a historical novel based on the family diaries of the author’s grandparents—an epic story of suspense, love, and survival centering around the largest and least known civilian mass exodus at the end of World War II. Set amidst a beautiful and vanished way of life in war-torn East Prussia, two unlikely young lovers must fight for their lives and find new heart while struggling to escape one of the most dangerous and tragic landscapes of any generation. The Last Daughter of Prussia is a fast-paced compelling tale celebrating the indomitable human spirit in the worst of times.

The book signing will also include a short reading by the author at 6 pm, and advance first-edition hardback autographed copies of the novel will be available for sale for $25.
Marina Gottlieb Sarles is also the author of Sand In My Shoes, a collection of classic island stories. Gottlieb-Sarles is the daughter of Grand Bahama’s first doctor and nurse, Dr. Ejnar  and Owanta Gottlieb, who came to the island during its Pine Ridge lumber camp pioneer days, and later relocated to Abaco where they served the surrounding communities for many years. The author is also the sister of Cay Gottlieb, founder of Grand Bahama’s first privately owned radio station (Cool 96 FM), and Frederik F. Gottlieb, attorney and former MP for Abaco.

The author has set up a blog (marinagottliebsarles.com) with the story behind writing the novel, which will be released to world markets in April 2013.  This book launch event is a special opportunity for The Bahamas to get a first look at a work by a Bahamian daughter whose roots are deeply woven into the tapestry of the islands.

The public is invited.