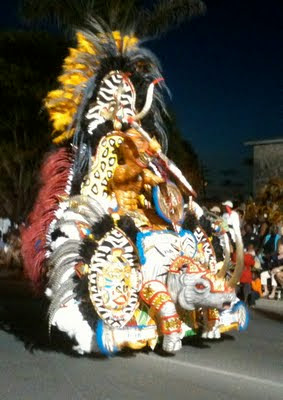 After a successful Labour Day Junkanoo Parade in Freeport, Grand Bahama, officials of The Grand Bahama Port Authority, Limited (GBPA) are optimistic about the round of festivals and events slated to be held here in June and their enormous injection into the local economy.

"The Junkanoo parade definitely impacted our local economy in a positive way," commented GBPA president, Ian Rolle. "The amount of support shown by domestic visitors from other islands, as well as some who came from abroad, was overwhelming."

Between the two major competing groups out of Nassau, Friday's crowd-pleasing event drew more than 500 visiting participants who traveled by boat and air to the island. Three hotel chains reported that over 200 rooms were booked by travelers either participating in or attending last weekend's event.

Tourism officials likewise confirmed that scores of visitors were transported to the event by private bus charter from ships docked at Freeport's harbour. "The success of such an event confirms that Grand Bahama is an ideal place for international festivals and events," Rolle added.

Spectator support for Friday's Junkanoo reached into the thousands, with enthusiastic revelers lining the streets. According to festival organizers, reserved bleacher seating was sold out, resulting in chairs having to be put in place to accommodate the swelling crowd.

Riding on the success of the 'Rush For Peace' Junkanoo parade, Freeport now readies to host its first-ever Downtown International Food and Cultural Festival.

Slated to be held June 17 and 18, patrons can expect to enjoy two days of Bahamian and international cuisine, arts & crafts and musical entertainment. Highlights of the upcoming event include an official opening ceremony at 6:00 p.m. on Friday June 17, with Deputy Prime Minister, Hon. Brent Symonette, delivering the keynote address.

Also, popular Bahamian entertainer, 'KB,' will be the headline act on Saturday evening.

The Bahamas Association of Athletic Associations (BAAA) BTC National Junior and Senior Track and Field Championships will also be held in Freeport simultaneously, on June 24 – 25.

"We're honored and thoroughly excited to have the opportunity to showcase all that Grand Bahama has to offer. Not only do these events help to fuel the local economy but they also provide sources of entertainment and opportunities for our residents to excel on a national level," Rolle expressed.

For original article from The Freeport News, click here.
Posted by James Sarles at 9:20 AM