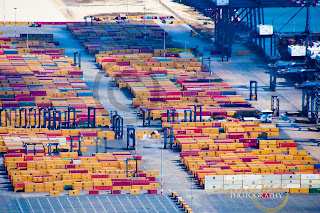 The Freeport Container Port enjoyed a 52 per cent operating income gain in 2010 due to the sale of unnamed "fixed assets", despite seeing a 15 per cent decline in the processing of twenty-foot equipment (TEU) or container units.

The data, contained in the 2010 annual report of Hutchison Whampoa, which owns a majority 51 per cent stake in the company, was short on detail and did not identify the assets the Freeport Container Port disposed of. However, the Grand Bahama-based facility did manage to process 1.125 million TEUs during the 12 months to end-December 2010.

"Freeport Container Port, on Grand Bahama Island, reported a throughput decline of 15 per cent, but an EBIT (earnings before interest and taxation) increase of 51 per cent, mainly due to a gain on disposal of certain fixed assets," the Hutchison Whampoa annual report said.

Meanwhile, BISX-listed ICD Utilities, which acts as the holding vehicle for a 50 per cent stake in Grand Bahama Power Company, reported a $1.22 million net loss for its 2010 financial year - a $1.863 million swing from the previous year's $643,618 profit. ICD Utilities incurred a $1.038 million loss on its 50 per cent Grand Bahama Power Company interest, indicating the latter suffered a more than $2 million net loss in the 12 months to December 31, 2010. The BISX-listed entity, which is majority owned by Canadian power giant Emera, Bahamian investors holding the minority, also ran up $183,205 in expenditures. The 2010 annual financials revealed that Emera charged ICD Utilities just over $100,000 for various expenses during 2010, despite there being no written agreement between the two relating to this. "During the year, the company [ICD Utilities] was charged for the annual general meeting organising expenses of $77,824 and corporate support charges of $23,812 by its parent company, Emera," the financials said. "There is no written agreement between the company and Emera for the allocation of the above expenses. However, the Board has approved the above allocation."