Scores of school children from Bishop Michael Eldon School lined up to see Prince Edward. GGYA students from other schools on the island were also in attendance, and an awards presentation for them took place in the BMES Auditorium.

Sunland Baptist Academy put on a Junkanoo display for the esteemed visitors. 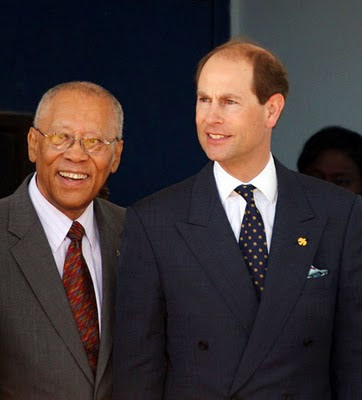 The Royal Highness comes to The Bahamas to support of the Governor General's Youth Award (GGYA) and the Duke of Edinburgh's International Award. While here he presents the Gold Award which goes to children who are 17 years or older and show commitment, improvement, effort, 60 hours of service, and participation in Adventurous Journey (4 days, 3 nights hiking and camping covering 50 miles minimum, and is accompanied by a personal report). They must also obtain 36 points in physical recreation.
After taking part in the Award Programme, a young person should have developed much of the following: 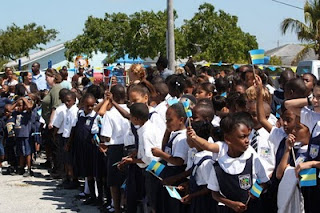 His Royal Highness, Prince Edward the Earl of Wessex greets school children of Bishop Michael Eldon on March 23rd, 2011 Photo: Lena Chandler
Self belief and self confidence; a postive and realistic self image; an independent and self-motivated attitude; a sense of responsibility to others; a connection to the broader society; new or improved interests, skills and abilities; willingness to try new things; new friendships with peers and old people; an ability to plan and make the plan happen; team skills; and life skills: negotiation, research, communication, problem solving, presentation skills. 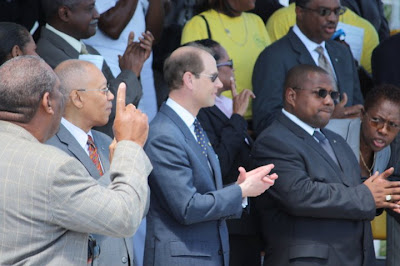