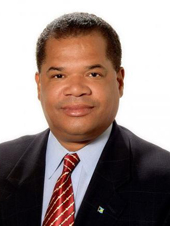 Freeport, Bahamas - Thirty-five of the former employees of the Our Lucaya Resort have now secured immediately employment through the Ministry of Labour’s one-stop-shop initiative held Monday, and within two weeks the Sandals Resort will hold an open job fair on Grand Bahama for 100 positions available at that property, Labour and Social Development Minister Dion Foulkes announced Wednesday in Freeport.

Additionally, officials of the Baha Mar development have agreed in principle to engage a significant percentage of its workforce from among applicants from Grand Bahama.

Minister Foulkes said: “I met with Robert Sands, the Vice President of the China State Construction Company, Baha Mar’s project manager and my senior officers this morning in Nassau. They have agreed in principle to engage 15 percent of the total complement of workers at Baha Mar, from Grand Bahama.”

The thirty-five immediate and permanent jobs secured by the former Our Lucaya workers Monday are also within the private sector: 22 hired by Sandals Exuma, eight by Bimini Big Game Resort and five by Colina.

The one-stop-shop initiative brought together a variety of government services under one roof to assist the employees laid off from the island’s largest resort property over the weekend.

Of the over 150 former workers who participated in the initiative, 144 registered in the Department of Labour’s Skills Bank and signed up for the National Insurance Unemployment Benefit.

Ninety-one (91) persons applied for Social Service benefits, 45 persons received immediate on-site assistance in the form of food stamp vouchers, and 16 persons signed up for the Government-sponsored apprenticeship programme being held in conjunction with the private sector.

Via this programme, persons will understudy posts in participating companies, and the Government will subsidize their salaries during the six-month apprenticeship period.