Papa Smurf releases official music video, "I Am a Bahamian"

By The Bahamas Weekly News Team

Freeport, The Bahamas - Bahamian Hip Hop Artist “Papa Smurf” finally drops his long awaited video for the hit single and patriotic anthem, "I Am a Bahamian" featuring Da Element and Sherrol Rahming, with scenes shot in Grand Bahama Island along with lots of local faces.

Hailing from Eight Mile Rock, Jones Town, "Papa Smurf" exploded on the music scene with his hit single "What Da Vibe Is" and went on to release other hits songs such as "Forward Upward" “Stop, Look, Listen” and "The Teacher Appreciation Song."

Still working on his solo album entitled "Over Seven Hundred Strong" he decided to shoot a video for one of the singles. This video was shot and directed by Shantz Collymore of Evolution Film and Media. The video boasts a bright rich island feel that captures the true essence of island life. With a new album in the works and a strong determination to make The Bahamas proud, we can expect great things from Papa Smurf

"I Am a Bahamian" is truly a patriotic masterpiece... 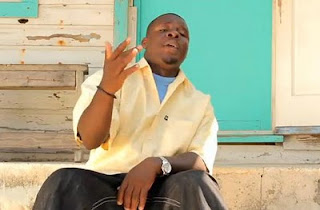 Growing up in Eight Mile Rock, Avin had a real taste of island life, from shooting marbles at home and during lunchtime in the school yard to going fishing with his father in his 12 foot aluminum dingy boat. From a young age his mother would line him and his two brothers up and ask them to sing for her. But it was not until the age of Thirteen that he developed a strong interest in music, and cars. He would race down the road playing songs from KB (Just cause she fat). The high school children with their boom boxes would walk down the road playing songs from Bob Marley, and at home he would hear songs from Smokey 007 on ZNS radio. Simms had interest in different genres of music from Hip-Hop, R&B, Soca, to Reggae and Dancehall. He got his first taste of performing in front of a crowd at the local Fish-Fry in Smith's Point. He then went on to perform in local concert shows, sharing the stage with local and international artists.

Alvin then moved forward to recording his music, and working with recording engineers such as Fritz Bootle, Lester Adderly, and Dave Mackey of T-Connection. In 2007 he met Terrance Capron and they later became the rap duo Positive Link. Using Bahamian slang and Bahamian terminology in their songs they introduced a whole new style of music that they call "Bahamian Swing" which also was the name of their debut album.

Making a fresh start in 2009 as a solo artist, Smurf dropped his first single "Stop, Look, Listen" from his upcoming album due out in the summer of 2009.

Email ThisBlogThis!Share to TwitterShare to FacebookShare to Pinterest
Labels: i am a bahamian, music, papa smurf, video