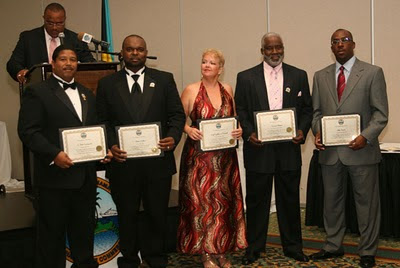 FREEPORT, Grand Bahama- The leadership of the Grand Bahama Chamber of Commerce remained almost unchanged after yesterday's election, with many of the executive members being re-elected and new nominees running uncontested.
President K. Peter Turnquest of Telecom Trading and Consulting was returned as the president of the organization, as was first vice president John Swain of Deloitte and Touche.
Esmond Weekes of the College of Business was reinstated as second vice president, while Wayne Russell was elected unopposed as treasurer.
Two persons – Jennivee Nelson of Royal Fidelity Bank and Minna Outten-Winters of Global Consultants and Trainers – were nominated for the position of secretary, with Nelson earning the most votes after the ballots were cast.

The other board members who were not up for reelection as they are serving their second year are Neville Wilchcombe, of Dupuch and Turnquest; Vanessa Mallory of Modalena Company Limited; Patra Albury of Pelican Bay Hotel and Lanelle Philips of Lanelle Philips Real Estate.

During Turnquest's address to the members, he thanked them for their support over the past year.

"We will continue to advocate to try and encourage development on Grand Bahama ... We look forward to your support," he said. 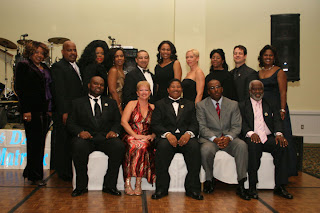 There are many challenges facing the island's economy, he acknowledged, and it is likely that there may be a year to two where it will continue to be in a depressed state.

"We have to continue to be watchful of our spending and that we are managing our inventories in our businesses. We have to be careful that we keep enough reserves to carry us through," he advised.

Turnquest said he does believe however, that there will be some good news within the first or second quarter of next year.

"I want you to be encouraged and know that there are a number of entrepreneurs that are entering the business everyday," he said.

"I think one of the lessons to be learnt from this recession is that people realize that we have to take control of our own destiny, that we have the ability to do that and so people are getting into business and being creative about what they are doing, and I think that's going to be the answer to our success going forward."

Turnquest thanked the outgoing director, Minna Outten-Winters for her work and extended a welcome to the newly elected executives.

He said he looked forward to working with the team as they seek to complete ongoing projects and commence others.
Posted by James Sarles at 11:30 AM

Email ThisBlogThis!Share to TwitterShare to FacebookShare to Pinterest
Labels: chamber of commerce, re-elections