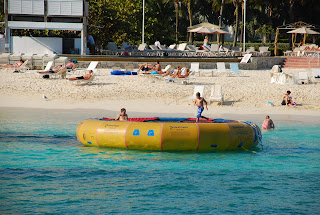 As Grand Bahama struggles to maintain its status as a tourist destination and an industrial zone, the Grand Bahama Cham-ber of Commerce's (GBCC) economic plan hopes to marry the two for the future development of the island.

The plan which is intended to shape the business strategy of Grand Bahama, will seek input from community leaders, business persons and other stakeholders to ensure viability and sustainabilty. 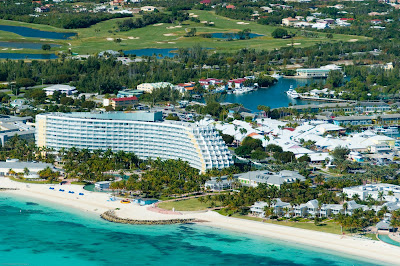 GBCC president, Peter Turnquest said that Grand Bahama is large enough for the two to co-exist as a tourist destination and as the country's industrial capital, but it will not work without keen interest and funding.

"We can facilitate both," he said. "If you talk about trying to put a hotel in an industrial zone obviously it is not going to work. However we do have a beautiful west Grand Bahama that is largely untapped, beautiful locations in the East that are untapped and even in the Freeport area there are areas for development that are untouched."

Turnquest added that the beauty of the island is that it has been expertly compartmentalized creating opportunities to promote all of these areas as engines of economic development.

"I am one that believes that our future probably leans more toward the industrial side and maritime affairs in particular. However there have been ideas from a touristic point of view that could change the landscape of our tourism product."

The GBCC's plan he said will look at securing funding which would require a lot of effort from all different sectors of leadership, both government and private.

"I absolutely think that the plan can work toward making the two work and I think that there is no doubt that we can do both because Grand Bahama island is beautifully set up for this."

Turnquest expects for the plan to be completed by next summer with the second phase, which involves reaching a consensus on how to resolve the critical issues that stifle the island's economic growth, to be completed by the end of this year.

"We know that there are several plans that have been done in the past. The GBPA has done plans with a particular focus on their needs, obviously, and the Flemming Group also created a plan when they were entertaining the idea of coming to Grand Bahama. We intend to take advantage of those studies that have been done, but we also want to be sure that we cover the areas from an indigenous point of view," Turnquest said. 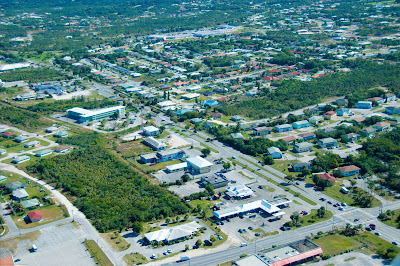 "Our primary goal is to provide wealth creation for Bahamians. Inasmuch as we are looking toward foreign direct investment to help the primary focus that is going to strengthen entrepreneurship and strengthen local businesses. That is what is going to take us through the kinds of ups and downs that we had in the past, and help us to ride out the kind of recessions that we are going through now."

He maintained that the plan will not be restricted to the Freeport area, but include input from the entire island, and the Chamber is expanding its committee to ensure that there is representation from all areas.