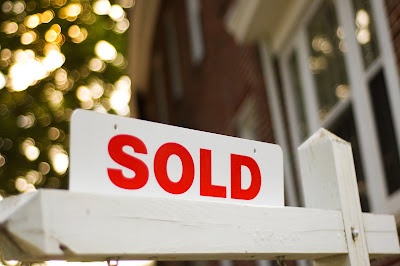 BAHAMIAN home buyers could have to significantly increase their equity down payments if a proposed Stamp Tax amendment goes through, the Clearing Banks Association (CBA) chairman warning that the sector had "a significant concern" over the Government's plan to impose Stamp Duty on the sale of all court-ordered foreclosed properties.

Paul McWeeney, who is also Bank of the Bahamas International's managing director, told Tribune Business that the change - part of the Budget amendments to the Stamp Act - could negatively impact the entire home buying process, and was causing significant concern to the major international banks, particularly in regard to large syndicated loans.

"It's a big issue we are trying to address with the Ministry of Finance," Mr McWeeney confirmed to this newspaper. "Prior to the amendment, or the proposed amendment, any sale of real estate as a court-ordered foreclosure was tax exempt.

"It is a significant element for us to be concerned with and make representations to the Minister of Finance to reconsider that amendment. I understand they are taking a look at it. It is a significant concern, especially for international banks in syndicated loans. The cost of doing it may be prohibitive. The CBA made representations to the Ministry of Finance and they are reviewing it."

Court-ordered foreclosures are ones where a Bahamian court orders that a bank, or any mortgage lender, can take possession of a property and sell it in accordance with the lien/charge it has over it. This power, and procedure, are commonly invoked when a borrower has long defaulted on their repayments, and there is no prospect of the lender recovering its money.

Take, for instance, a $20 million loan secured on Bahamian real estate. Previously, a lender or lending syndicate could go through a court-ordered foreclosure, take possession of the property and sell it to a new buyer, recovering their loan without having to pay any Stamp Duty on the purchase.

The Government's proposed amendment, though, would see the banks now having to pay 12 per cent Stamp Duty (6 per cent if split with the buyer) to the Government, which would cost them either $2.4 million or $1.2 million.

What is being viewed as a revenue grab by the Government would, if approved, percolate and have ramifications for the entire Bahamian real estate and home buying market.

If they have to pay Stamp Duty upon selling a foreclosed property, a bank or banks may not recover the full amount on what is already a defaulted loan, forcing them to continue pursuing the defaulted borrower for the balance.

With the banks running the risk of being 'out of pocket' on a defaulted loan as a result of the new tax burden, Mr McWeeney suggested some might seek to mitigate the changed risk profile and increased loss possibilities by demanding higher equity down payments from borrowers, raising requirements from 5 per cent to 10, 15 even 20 per cent.

This will make home ownership costs more prohibitive, and could exclude an even greater number of Bahamians from the mortgage market.

"It almost imposes a penalty or impediment to that [court-ordered foreclosure] process," Mr McWeeney told Tribune Business, warning that it could "negatively affect" the Bahamian banking sector.

He added that not just banks but all mortgage lenders, such as insurance companies and cooperative societies, as well as potential new market entrants, stood to be impacted if the proposal was passed into law.

"It adds to the losses, the cost to take possession, and if you see it, you have to pay 12 per cent of the purchase price. It's a significant cost," Mr McWeeney warned.

"The international banks, with those future syndicated loans, I imagine the banks that design those may have serious concerns about these changes if they go through."

Another banker said of the Government's proposals: "We've got some pain to endure, and the willingness of banks to forgive and do all those things is very slim. It's a risk in the long-run when you need banks to fuel recovery. It's shortsightedness."
Posted by James Sarles at 10:16 AM