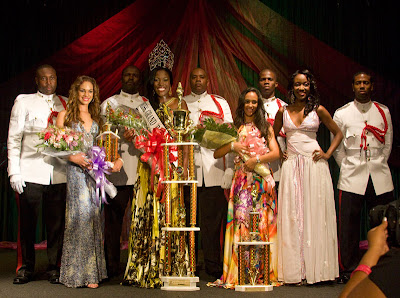 All photos © Dave Mackey
By The Bahamas Weekly News Team

The conference center was packed with family, friends and supporters who were in such a frenzy with excitement and cheering that the environment felt electric. Miss Stubbs' platform is Respect: Character Development in Females, and she targets young women in the community through an already established program, "Rachel's Daughters." 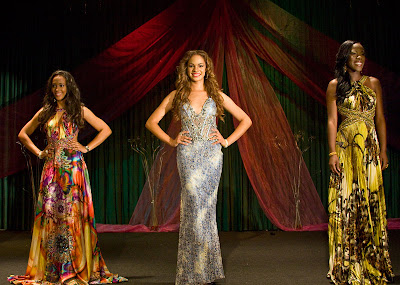 About Tempest Stubbs: Born to the proud parents of Philip Stubbs and Virginia McIntosh on January 12, the world was in for a great surprise. I was born and raised in Grand Bahama. During my early stages of childhood, the presence of my father was always there until things started to change when people change, of course. By the age of six, my mother struggled to raise my brother and me, but today I can say her struggle was successful; my mother is my greatest supporter! 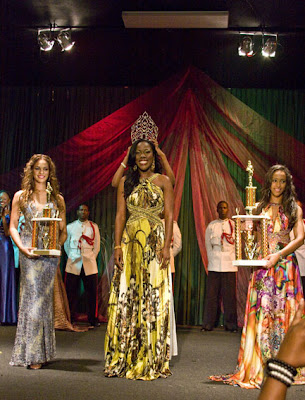 I attended National Academy where I graduated as Head Girl at the age of five. I continued my primary education at Freeport Primary School where I graduated with the Principal’s Award. Later, I attended Freeport Anglican High and my graduation was held in 2003, but I decided not to participate in my graduation ceremony. I made the decision to complete another year of high school to work towards a softball scholarship. Unfortunately, the scholarship in sports was not granted; I was blessed with something better. I was offered a scholarship of $20,000 to aid in my tuition and a sure job teaching because my major would be Physical Education with a teacher’s certification. 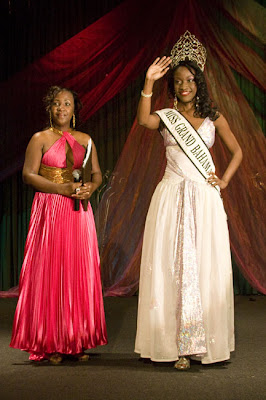 During my matriculation at the Great Bethune-Cookman University, my goal was to be a sponge and absorb and experience everything in the space of four years. I was involved in various organizations and held positions in most of them. The Federation of Bahamian Students was my very first organization and I was elected as Miss FOBS. In 2006, I competed for the title of Miss Homecoming Queen, which I won. I was a part of the Caribbean Students Association and I was elected as Miss CSA. I compete in the Miss Florida Caribbean Students Association and placed first runner up. The National Council of Negro Women, the organizations of all organizations. I served on the Student Government Association executive board two years consecutively. I was elected for Executive Secretary my first year and my second year I capture the title of Miss Bethune-Cookman University. I was the second Miss Bethune-Cookman University and the first international student to accomplish that.

During my senior year of school, I was “Miss Bethune-Cookman University” and it was a pleasure. I competed in the Miss MEAC and the Miss National Hall of Fame Pageant. I was not successful in winning the crown, but the opportunity to travel to two different states and share my experiences was amazing. I was able to work on several projects, such as, Breast Cancer Awareness, a Cultural Extravaganza, Thanksgiving Baskets, Boy and Girls Club, Toys for Tots and Clothing Drives.

My college days were a great experience! Being from my family, in another country has taught me valuable lessons and I would encourage anyone to study abroad and experience life outside of the Bahamas. Even though, I enjoyed life in America; I always wanted to come home and bring my talent and knowledge where it is needed. Improvement of the Physical Education program was my ultimate goal! Now, currently working at Bishop Michael Eldon as a Physical Educator I love my profession. I inspire to be a Principal and I plan on accomplishing that by going back to school to achieve my Master’s Degree in Educational Leadership. 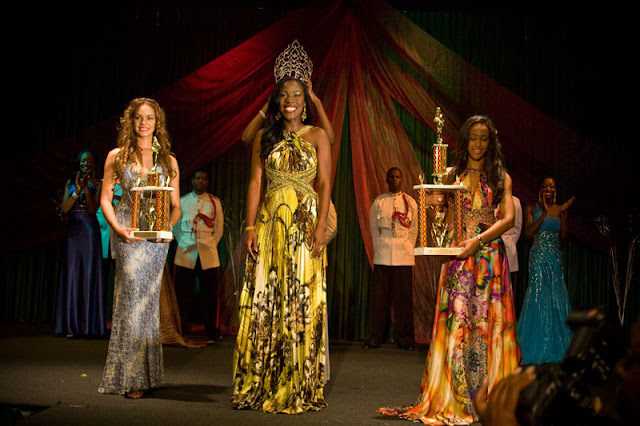 Since my arrival home, I have been actively involved with the local sporting activities around the island; night league softball and volleyball (also played with the national team for GB). Also, I am actively involved with a mentoring program call Rachel’s Daughters. Rachel’s Daughters is a part of my platform as well, which is Character Development in Females. Currently, I am employed at Bishop Michael Eldon School; I have coached various sports teams and I have accomplished a championship title with the Junior Girls in Softball. I have introduced a Field Day for the school which they have made an Annual event.

I am a well rounded individual and very goal oriented. I have high standards and I believe we should always go forward and not backwards in life. Learning from my experiences has taught to limit my mistakes in the future. I am a very outgoing individual and I love a challenge. My ultimate lesson in life is “to take care and love me, because no one will love me better than me.”