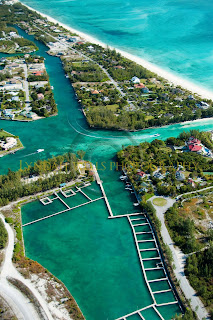 A RESURGENCE of interest in Grand Bahama real estate could be directly tied to the sale of the Grand Bahama Port Authority, some industry experts told Tribune Business yesterday. Meanwhile, the island saw a rise in interest in property during the first quarter of 2010.

Christine Wallace-Whitfield, who is a presidential hopeful for the Grand Bahama chapter of the Bahamas Real Estate Association (BREA), said the sale of the GBPA could raise investor interest on the island by increasing their confidence in the future of the island.

Ms Wallace-Whitfield, who is also a broker and director at the Lanelle Philips Real Estate, added that investors often diligently research markets in which they intend to invest and often look for stable and strong economies as a basis for their decision.

The GBPA with the Freeport Container Port has been the backbone of Grand Bahama's development and was recently engaged in a long shareholder battle that recently came to an out-of-court settlement.

The Hayward and St George families agreed that they each owned a 50 per cent stake in the GBPA and have agreed to come together to jointly find a buyer for the important conglomerate.

It was thought that the resident Grand Bahama firm based in China, Hutchison Whampoa, was the lead interested investor in acquiring the GBPA. However, reports have surfaced that the investment arm of the Singapore government, Temasek, may have an interest in the Port Authority as well.

President of BREA, Patty Birch, agreed that the sale of the GBPA could produce an increase in activity in Grand Bahama, heightening interest in the many beautiful beachfront and canal properties for sale on the island.

It has also been considered that with increased interest in the Grand Bahama market, there could come a spike in real estate prices. However, Ms Birch said she does not know that to be true.

"I don't know whether they will go through the ceiling, but there will be increased activity in Freeport," she said.

Ms Wallace-Whitfield said the first quarter of 2010 looked hopeful and she expects to see a move from the lull late last year in the market. She added that she would like to see more Bahamians investing in Grand Bahama.

"It is starting to pick up," she said. "It's not quite there yet, but we still have a little ways to go. The signs are hopeful and the future is looking very good."
Posted by James Sarles at 10:27 PM