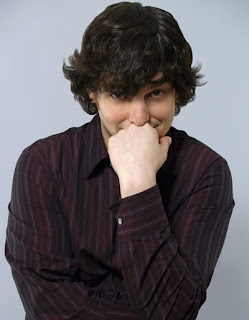 Freeport, Bahamas - It's back! If you missed the NYC Comedy Club show last year put on by the Grand Bahama Performing Arts Society, you don't want to miss it this time!

As the Society continues its pledge to encourage a wide-range of art forms on the island they are pleased to present three stand-up comics from celebrated comedy clubs of New York City who this visit will perform two shows in Grand Bahama on March 12th and 13th.

Returning from last year is Mexican-American Ricardo Aleman who has appeared at the Edinburgh Festival in Scotland as well as being a regular on the Sirius Radio show “Four Quotas” and a performer in NBC TV’s “America’s Got Talent”. Ricardo is also the webmaster for DailyComedy.com, the first and only comedy specific social networking website, as well as the home of the hit interactive comedy/variety show "LateNet with Ray Ellin." 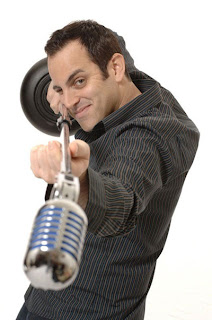 Ray Ellin
Honoured as one of the “Ten Standout Stand-Ups Worth Watching” by Back Stage magazine, Ray Ellin is comedy's renaissance man: comic, television host, actor, writer and filmmaker and the host of “LateNet with Ray Ellin,” the first comedy/variety show to combine both in-studio and online audiences, live. The show features A-List celebrities, top comedians, and musical guests, and has included Hank Azaria, Chevy Chase, Fran Drescher, Leonard Nimoy, and many others. 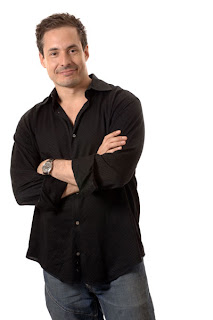 Russ Meneve
Russ Meneve, a New Jersey native has been performing comedy in and around New York City for the past eight years where he has honed his skills to an edge as sharp as his material. Russ made his debut on The Tonight Show with rave reviews from host, Jay Leno. Russ is a regular performer at "Comedy Cellar", the "Comic Strip" and "Caroline's". He is a founder of the "New York Comedians Coalition" with over 300 other New York based comedians as their members in order to represent the comedians of the city and to negotiate better payment for comedians performing in the clubs. He means funny business!

Stayed tuned for ticket and venue details on this exciting show not to be missed.

If laughter is the best medicine, you don't want to miss getting your dose! With three headliners, the laughs are guaranteed!

The Grand Bahama Performing Arts Society was created to bring professional artists and performers from around the world to audiences in Grand Bahama. Drawing from Bahamian and international talent, a number of performances are planned throughout the year. Proceeds are used for the advancement of Grand Bahama students of the performing arts.

Become a FAN on Facebook
Posted by James Sarles at 12:17 PM