Legendary King Of Pop, Michael Jackson, dies at the age of 50 of Cardiac arrest. 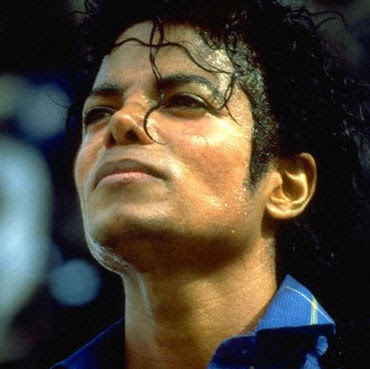 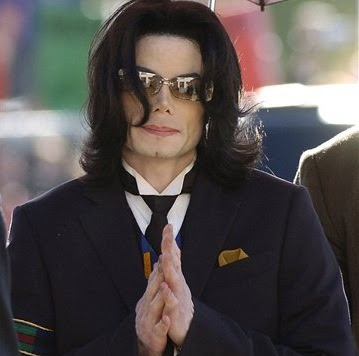 At 5.50pm EST on Thursday 25th June 2009, I was at the checkout counter in a grocery store here on Grand Bahama, when the cashier turned and asked me if I had heard the news that Michael Jackson had died.
The news she delivered was so incredulous to me I immediately laughed and told her that there was no way that could be true, as I was speaking a young boy walked in and repeated that Michael had been taken to hospital as he had had a heart attack.
I immediately got on my Blackberry and went online, then drove home & turned on the news stations.
The images shown on both the BBC & CNN were overhead helicopter shots of the UCLA hospital in LA, there were unconfirmed reports from news organizations such as The LA Times, on celebrity gossip blog TMZ.com, that Michael had indeed died, but BBC were reporting he was in a coma. Needless to say whatever the case, his health situation was dire.
My whole body was in shock, my Blackberry & Facebook accounts were in overdrive with messages from friends who had bought tickets to see him perform in a few weeks in London, with friends who, could not, like me, accept the fact that this great musician, regardless of his faults and eccentricities, a man that had made us all try sliding backward on the dance floor at some point in our lives, that had made us scream" I Love This Song!!!" and run frantically, making space for ourselves on a packed dance floors at house parties, weddings, clubs, casinos, discos, proms, baby christenings, birthdays, and even funerals.
Because that what Michael did for us. He was present in our lives everyday, in ways we sometimes, never even knew.
From his days with the Jackson 5, Belting out ABC, I Want You Back & Ben, to the monumental occasion that was Thriller, with Billy Jean, Bad, The Girl is Mine, Black & White, and so many more songs.
Michael Jackson has influenced so many of today's artists, artists that we love so much. He was a humanitarian as they have been reporting on the press, He wrote & sang the song "We are The World" he encouraged us to look past race & color with " Black or White" to look within yourself and acknowledge your own contribution to the world with "Man in the Mirror".
So I ask that we look past his faults, his crazy tactics, his dancing on the roof of the car during his court case, appearing in his pajamas, his wanting so desperately to be light skinned, and remember him for what he gave us through his music. 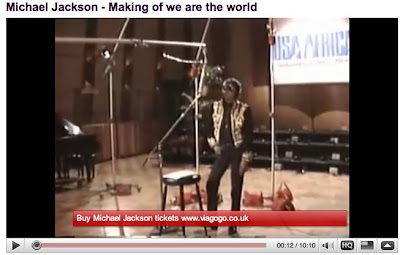